The Rhetoric Techniques of Clinton & Trump

It’s been a big couple of months in world politics. As the dust settles on last year’s tumultuous US presidential election campaign, we now have time to sit back and reflect on some of the factors that might have led to Donald Trump’s victory over Hillary Clinton.

Politicians are public figures on the world stage and therefore they need to have world class public speaking and presenting skills. Their style of speaking, presenting and engaging with the public has a huge effect on the public’s perception of them. And ultimately this can have a significant influence on whether or not voters in a democratic system will elect them into positions of power.

Like any good presenter, politicians must know their target audience and adjust their style accordingly so as to get the best response from their listeners, and hence the outcomes that they want.

Clinton and Trump have been shining examples of two American presidential candidates on complete opposite sides of the communication spectrum, and each appealed to very different groups of voters.

In his book Rhetoric, Aristotle concluded that there are three main things that can persuade us: reason (logos), the character and credibility of the speaker (ethos), and emotions (pathos). Below, we’ve taken a look at the rhetoric techniques used by both Clinton and Trump throughout their careers and campaigns.

The rhetoric of Hillary Clinton – Facts, figures and claims of credibility 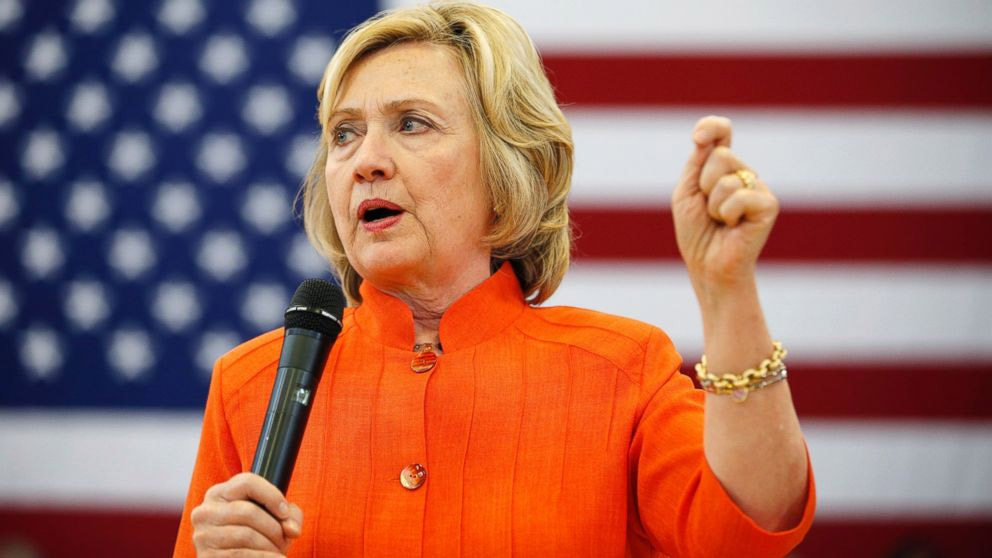 Careful, calculated, and cautious are some of the words that have been used to describe Hillary Clinton’s speaking style, and throughout her campaign her speeches and public appearances drew heavily on the ethos and logos methods of persuasion.

Her arguments often centred around her years of previous experience in law, politics and government, while at the same time dismissing Trump’s qualifications (or lack thereof). During the third presidential debate, she famously remarked: “On the day I was in the situation room monitoring the raid that brought Bin Laden to justice, he was hosting the Celebrity Apprentice.”

Another technique frequently utilised by Clinton throughout her campaign was telling anecdotes, often saddening ones, of people and communities she met while on the campaign trail.

While this does draw on the pathos style of persuasion, it’s clear that by retelling these stories, she was keen to show her credibility – her ethos – of having actually gone out into the ‘real world’ to speak with individuals across America in order to recognise what they truly needed from their political leaders.

Clinton also favoured facts and figures during her campaign, peppering statistics and study results throughout her speeches. She used much of her time during the first presidential debate slamming Trump’s proposed policies on the basis of their direct negative economic impacts on the country.

She said of Trump’s tax plans: “Independent experts have looked at what I’ve proposed and looked at what Donald’s proposed, and basically, they’ve said this: his tax plan… would blow up the debt by over $5 trillion and would in some instances disadvantage middle class families, compared to the wealthy.”

You might also say that Clinton did occasionally use pathos to illicit an emotional response from her voters, particularly feminist voters who were inspired by the prospect of having a female president for the first time in the country’s history. But it wasn’t anything compared to her rival Trump. 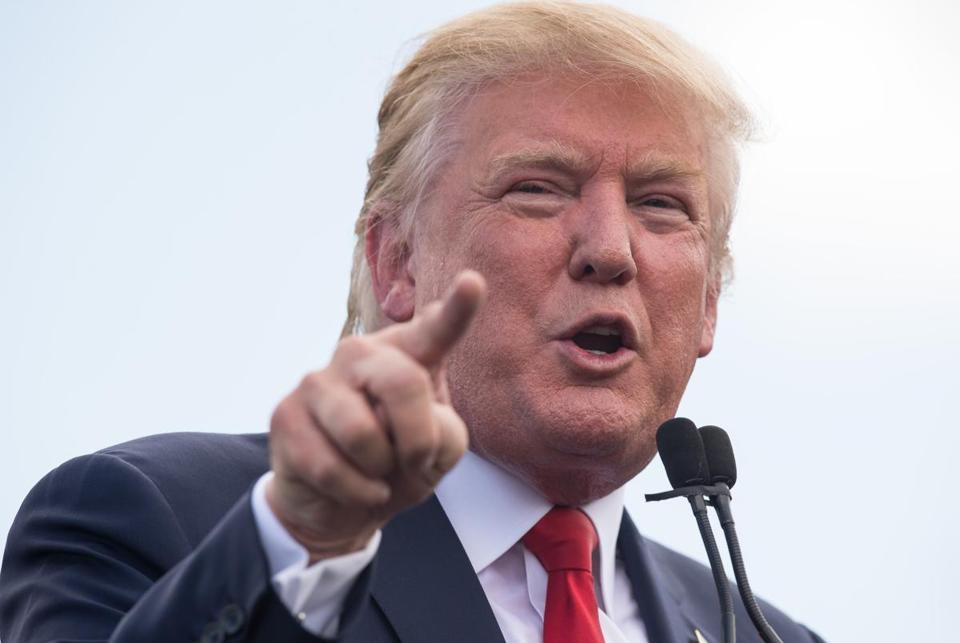 Notoriously not so much a fan of the facts and figures, Trump relies heavily on the pathos style of rhetoric – a style intended to generate an emotional response from his followers. Slogans like his now-famous “Make America Great Again” were repeatedly bellowed from his lectern throughout his campaign to stir an emotional, patriotic response, while his brash comments around things like ‘building walls’ were designed to stir passion and anger amongst his supporters who felt personally hard done-by by their country, and by the Obama administration.

As Politico Magazine says, while Hillary Clinton relied heavily on her existing track record, “Trump the newcomer [gained] momentum by asserting that the country is in tatters and needs to be rescued from the inept hands of the current administration.”

Political communications expert Kathleen Hall Jamieson also said in a recent piece for MinnPost that Trump also has a tendency to speak off-the-cuff and sometimes take positions in response to a question that he hasn’t thought through.

Yet despite his haphazard-seeming approach to public discourse, Trump invoked enough of an emotional response to ultimately win him the election, despite the predictions of every single polling and betting organisation around the world suggesting that Clinton had it in the bag.

What you can learn

So, what can the application of different styles of rhetoric by each of these politicians teach us?

An important takeaway from this campaign is the need to balance these three styles of speech. Hillary strongly favours the use of facts and figures to establish personal credibility, the credibility of the argument, and earn the right to be heard over such an aggressive opponent. While this appeals to many, it’s a tactic that implores you to use your head to make logical decisions. In order to truly persuade, influence, and engage an audience you need to win both heads and hearts.

It was here that Trump excelled. Despite the questionable facts, and the divisive shouting, pointing and name calling approach,Trump was able to convince the electoral college that America was severely broken and he was the only one who could “Make America Great Again”. Don’t misconstrue this as being an enviable trait though. Using pathos is a brilliant method. Impersonating Trump is not.

The lesson here is to carefully consider which style would be the most impactful and appropriate for your audience and hone in on that to achieve.

For example, pitching for new business requires a lot of ethos and logos, while a new product launch presentation at a conference may be more about getting people emotional and excited about what your company has in store. It’s all about adapting the different styles to suit your particular needs and end goals.

Learn how to use rhetoric styles in your own presenting

So whether you need to win over the heads and hearts of a prospective client, influence your Board, persuade a senior leadership team, or inspire your staff, secondnature can help you bring all of Aristotle’s wisdom to your speaking style. Oh, and if you’re a budding future politician we can help you too!