How Winston Churchill Presented His Speeches To Inspire

If you’re looking for inspiration for your next presentation, who better than Winston Churchill? Churchill’s words inspired most of the Western world to fight the Nazis in World War II – he is someone who we can all learn from.

In this article we will dig deeper to understand exactly how his speaking style and rhetoric inspired his audiences, using his two most famous speeches, “We shall fight on the beaches” (June 4, 1940) and “Finest Hour” (June 18, 1940) as case studies.

Churchill, the Man: Who was Winston Churchill?

First of all, a little bit about Churchill, the man. As a son of a lord who became a high-ranking officer in the army, it’s easy to assume that Churchill was always destined to be an inspirational war leader. But his rise to legend was a lot more complicated than that.

Churchill was not born a great speaker. As a child he spoke with a stammer and a pronounced lisp, but through his avid consumption of books, he eventually taught himself to master the written and spoken word. Even so, there was a famous incident early in his political career where Churchill lost his train of thought and could be heard repeatedly saying to Parliament “And it rests with those who…,” because he had forgotten what he was going to say next. From that point onwards, Churchill vowed to prepare every speech, word for word, even going as far as using symbols to signify moments where he should pause for effect.

While it isn’t necessarily a good idea for everyone to deliver their speeches word for word from a script, the main point to take away from this is that Churchill became great through preparation. He found a formula and put in the hours to make it work (in his case, it was said to be up to 8 hours per speech). Now we will deconstruct the five key ingredients of that formula…

1. Representation: Speaking for the Audience, not to them 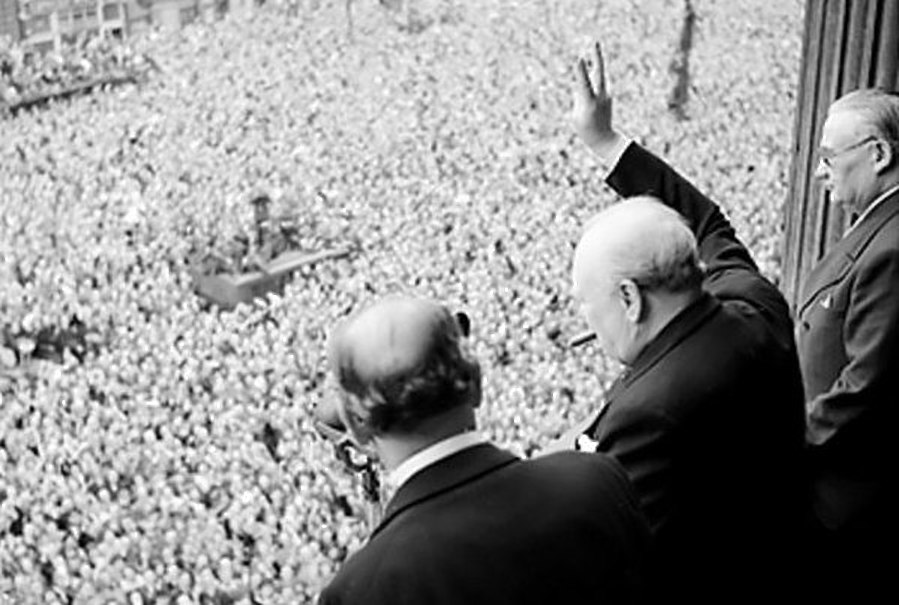 “I have, myself, full confidence that if all do their duty, if nothing is neglected, and if the best arrangements are made, as they are being made, we shall prove ourselves once again able to defend our Island home…” (“We shall fight on the beaches”)

Churchill uses the term “we” rather than “you” in this passage. The British public responded much better to Churchill than other politicians of the time because he spoke on their level. He spoke as their representative, and equal, simultaneously.

Churchill was an absolute master at using language that the common man could understand, which was quite at odds with most of the politicians of the day. One of his first decisions as Prime Minister was to change the term “Local Defence Volunteers” to become “The Home Guard”, which very much epitomises his approach.

2. Sincerity: Persuading with Confidence and Authenticity

It helped that Churchill was a military man. While it simply isn’t possible for every speaker to have had first-hand experience of the subject matter they are talking about, it is a great advantage if the words of any speech have some kind of personal meaning. It is said that both Churchill and his secretary would often

be reduced to tears when he would dictate his speeches during the preparation stage, such was his belief and confidence in the subject matter.

Beyond his background, Churchill was very careful with his delivery to ensure that it didn’t come across as too polished. Although he read his scripts verbatim, he wrote them with such detail that they would contain prompts for when he should stumble. Many would say this is the opposite of sincerity, but it was another key factor that ensured his audiences believed he was sincere.

3. Direct Reference to the Audience to Inspire Action

“But if we fail, then the whole world, including the United States, including all that we have known and care for, will sink into the abyss of a new dark age.” (“Finest Hour”)

To use both “the world” and “including the United States” in the same sentence is a technically imperfect use of English, and yet it was a masterstroke. Churchill knew that it was vital to have the United States onside, so he emphasised the point. It is easy to fall into the trap of preparing a speech that places greater importance on the rules of English than on the ultimate desired action, but Churchill understood when it was worth bending the rules to ensure he struck the right chord.

“Hitler knows that he will have to break us in these islands or lose the war. If we can stand up to him, all Europe may be freed, and the life for the world may move forward into broad, sunlit uplands.” (“Finest Hour”)

No one used metaphors better than Churchill. For the time it was extraordinarily brave for a war leader to use such flowery language as “sunlit uplands” when talking about something so important, but he knew that it would evoke the necessary emotion in the audience. By using metaphors, Churchill would effectively give his audience a break from some of the more challenging content in his speeches. Using metaphors to provide juxtaposition and contrast is vital to sustain the interest of any audience (more here).

Even after losing the election, Churchill’s metaphors resonated with the nation. Addressing the threat of communism during yet another legendary speech in 1946, Churchill first coined the phrase “iron curtain”.

This is probably the most famous excerpt from Churchill speeches. The effect of repetition is particularly evident in this excerpt. Churchill places emphasis on collective resistance in all its forms with the repetition of “we shall fight”, and this rhetoric forms the basis of an evocative call-to-action.

He also captivates the audience by creating an almost musical rhythm to his argument. Note also that he outlines the most important action points at the beginning and at the very end – the message really wouldn’t have been as effective if it were in a different order.

By crafting a message that was relatable, authentic and convincing, Winston Churchill was able to influence the course of history. Speak confidently, be your best self, and use rhetoric that hammers your message into the mind and heart, and you can too.

If you’d like to learn more about crafting business presentations that will inspire your audiences, get in touch with the friendly team at secondnature today.